A 7 acre site on the eastern edge of the city of London, Goodman’s Fields represented a strategically located site that provided a rare opportunity to develop a mixed-use scheme of scale. Working with Lifschutz Davidson Sandilands planning consent was secured for 1.5m sqft of space.

The size of Goodman’s Fields meant it was one of the largest sites available for wholesale redevelopment on the eastern fringe of the City of London. The site was previously occupied by Natwest Bank as a data centre and lies in an area which required integrated regeneration.

A research led approach to the redevelopment of this sensitive area was key to its success. Before embarking on the architectural design of the building a comprehensive understanding of the nuances of the area was achieved by numerous surveys of the local area including those covering transport and pedestrian flows, the availability and utilisation of public open space and social and cultural requirements.

Following that analysis, an identification of the mix of uses that the site could support was considered in order to establish a proposition capable of securing appropriate levels of funding.

The consented scheme provided for over 900 homes, a 125,000 sqft hotel, 660 rooms of student housing and significant new public realm. The project involved complex negotiation with over 30 stakeholders and local bodies including the Mayor of London and Central Government. On achieving planning consent the site was sold to Berkeley Homes and subsequently developed out. 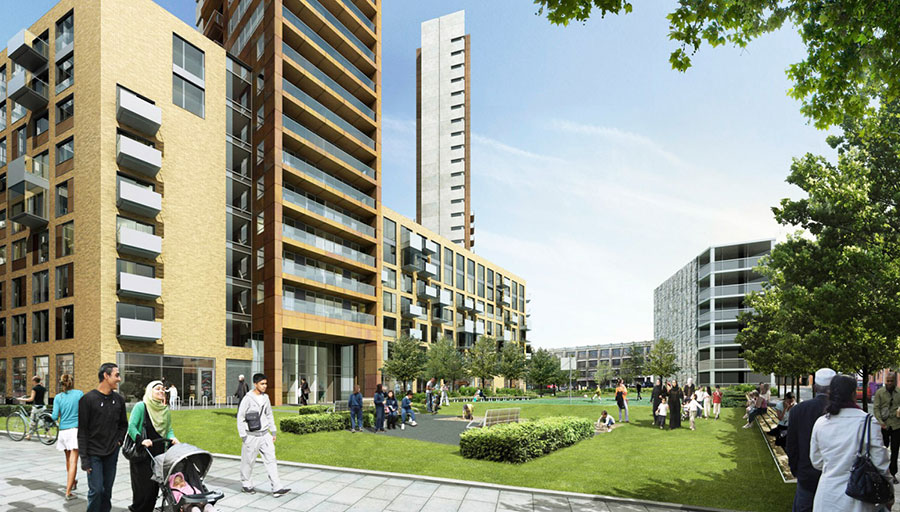